We have a great team of passionate, talented and friendly management and staff; crafting a standard of excellence for quality, service and hospitality. 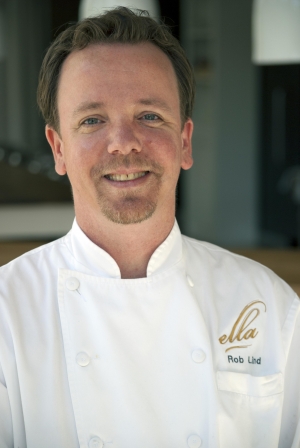 Ella Executive Chef Rob Lind was born and raised in Yuba City and moved to Sacramento in 1999. He attended American River College and first worked at Paragary’s Bar and Oven as a line cook around 2001. This was the first “real” kitchen Lind was exposed to, and he enjoyed working for local Chef Scott Rose, who taught him a lot about the business, fresh ingredients, the idea of seasonal produce, and the wood-burning oven. Lind considers his tenure at Paragary’s to be an eye-opening period in his life, where he realized he had a passion for food.

In 2006, Lind joined local fine dining star Mason’s Restaurant as Sous Chef. The menu was innovative and progressive and he was able to be creative and contribute to the menu, which changed daily. He began meeting local farmers like Suzanne Ashworth at Del Rio Botanical and Heidi Watanabe of Watanabe Farms. Lind was hooked.

Lind was persuaded to move to the Bay Area in 2011 as Chef de Cuisine of Tyler Florence’s Hawk’s Tavern in Mill Valley, and there he worked with Tyler Florence in opening the small plates “gastropub” Wayfare Tavern in San Francisco.

Lind then moved on to Murray Circle at Cavallo Point for six months, a highly acclaimed and once Michelin-starred restaurant, where he was Chef de Partie and learned more about cooking. 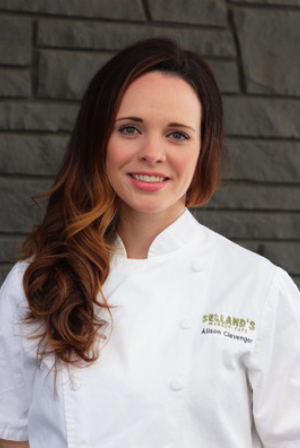 Pastry Chef Alison Clevenger’s interest in food began at a young age, inspired by her Italian grandparents’ love and respect for traditional recipes using best-quality ingredients. While growing up, the proud Bay Area native eagerly learned from her grandmother the essentials of Italian cooking and along the way found her passion for baking.

After graduating from the Oregon Coast Culinary Institute at age 19, Alison sought opportunities to further develop her own creativity and moved back to her home state. In 2007, Alison joined forces with Ginger Hahn of Ginger Elizabeth Chocolates and was their Executive Pastry Chef for 10 years. It was here that Alison truly learned what it meant for a business to be farm-to-fork and how important it is to support her community through food.

Chef Alison’s style in the kitchen is centered around her focus to build a positive, inclusive, and healthy kitchen culture for her team. She joined Selland Family Restaurants in 2019. Alison hopes to give Ella diners the same heightened experience she derives from her culinary passion and expertise. 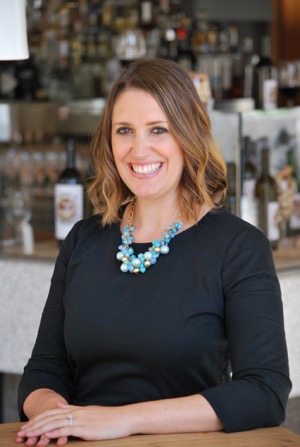 Look for Nicole Desmond and you’re likely to find her exploring one of the many restaurant options Sacramento has to offer. Food is her passion and her role with Ella and all the Selland Family Restaurants allows Nicole an opportunity to enjoy her favorite pastime.

Born and raised in Sacramento, Nicole graduated from Bella Vista High School located in Fair Oaks. She obtained her Bachelor Degree in Business Management from University of Phoenix. Her first job with locally based Event Architects was an entry-level position of administrative assistant; her role involved supporting events of all types from small intimate parties of six people to large full-scale events of six thousand. It was early in her career that Nicole realized how much she truly enjoyed being a part of celebrations, special events and community functions. Nicole will tell you, “There is nothing more satisfying than helping someone plan their wedding and having them contact you again and again for other momentous occasions in their life. I want to be their ‘go-to’ gal.” Event planning and catering is more than just a job for Nicole; it gives her personal satisfaction to help others in making their moment matter.

Nicole has been the Ella Director of Special Events since 2010 and has worked in event planning for nearly 15 years. She will help plan every detail of your party or event, large or small, to ensure it is seamless, delicious, and unforgettable for you and your guests. These days, when Nicole is not working hard at planning parties for Ella or directing Catering at Selland’s, she enjoys spending time with her young daughters Henlee and Hayden. Call Ella and chat with Nicole today to get your successful event rolling!